What is Zika Virus? by Farzin Mohtadi, D.O.

Zika is a type of virus that was originally isolated in 1947 from the Rhesus monkey. The name Zika came from its discovery in the country of Uganda, in the Zika Forest. The first human cases were detected there in 1952, but since then it has occurred in many major continents including Africa, Asia and South America.  There have been cases of Zika in the United States as well, however, this has only happened to people who have traveled to countries where the virus is found.

The Zika virus is mainly transmitted through mosquito bites, although it’s also possible to transmit the virus between a pregnant mother to her unborn baby, during intercourse, and through donated blood or organs.

Many people infected with Zika have mild to no symptoms.  If there are symptoms, they usually happen 2 to 14 days after being infected which include fever, rash, joint pains (especially in the hands and feet), red eyes and headaches.   The most serious problems usually occur in babies whose mother have the infection while they are pregnant.  Some concerns for pregnant women include miscarriage, stillbirths, babies with small heads and developmental issues. 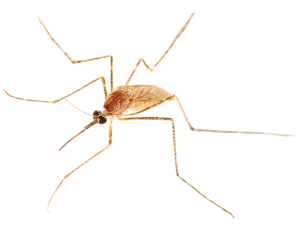 way to prevent infection is to avoid the mosquitoes that carry it.   If you live or are traveling to an area that is known to have the virus containing mosquitoes, try to stay inside, wear long sleeve shirts, long pants, shoes, use bug spray or other creams containing DEET or a chemical called permethrin.  Since there have been documented cases of people getting Zika through intercourse and oral sex, it’s a good idea to use a condom with any partner that has recently traveled to a country known to carry the infection.

If you believe you have contracted the disease, blood tests can be ordered to look for the virus. There is no specific treatment for the Zika virus infection.  Acetaminophen can be taken to relieve fever and aches, but aspirin should be avoided in children younger than 18 years because it can cause a serious problem called Reyes syndrome.    Symptoms are best treated with OTC medications, rest and plenty of fluids.