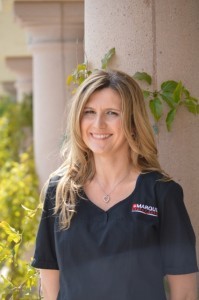 Tuberculosis (TB) is highly communicable and one of the deadliest diseases in the world. According to the CDC, one third of the world’s population is infected with TB and in the year 2012, 1.3 million people across the world died from it. Tuberculosis is especially common among homeless people, those who are infected with HIV, and individuals with compromised immune systems. Although the number of cases has declined in the USA over past few years, the disease is still a concern in states like California, Texas, Florida and New York.

Tuberculosis is caused by Mycobacterium Tuberculosis, which spreads by droplet nuclei that hang in the air when an infected person coughs or speaks. However, we do not become TB positive right away. Susceptible exposure varies from 8hrs/day for 6 months to 24hrs/day for 2 months around individual with an active disease. The bacterium is known to attack mainly the lungs; however, it can spread into the brain, kidney or even bones. In early stages of the disease, the patient may be asymptomatic. Once the disease progresses, the patient may experience low grade fever, night sweats, increased fatigue, and a persistent, productive cough with bloody sputum, anorexia, and chest tightness.

Many people who are exposed to TB are able to fight off the bacteria and stop them from growing. This condition is called Latent (inactive) TB. Those patients do not show any signs or symptoms of the illness and they don’t spread the bacteria. However, if the patient’s immune system becomes compromised for any reason, bacteria become active, multiply and the patient is highly contagious.

The most common and easiest way to determine if someone was exposed to TB is a PPD (or Mantoux) skin test. A small amount (0.1ml) of TB antigens is injected under the skin on the forearm and the results are read within 48-72 hours. Significant reactions are based on the size of induration, rather than redness and it varies depending on patient’s health and work history.  For example, the induration 15mm or more in diameter indicates positive reaction for anyone; 10mm or more is considered positive for healthcare workers, IV drug users, patients with weak immune systems, and children who are younger than 4; 5mm or more indicates positive reaction for patients who were in close contact with an infected person and patients who are HIV positive.

A positive skin test does not always mean that the patient has an active disease. It means that he or she was either exposed to TB or received the BCG vaccine. To further determine if a patient has a latent or active form of TB, physician will order a chest X-ray. Once the skin test is positive, it will always remain positive, therefore, patient should notify their provider prior to administration in order to avoid redness, itching, and unnecessary expenses.