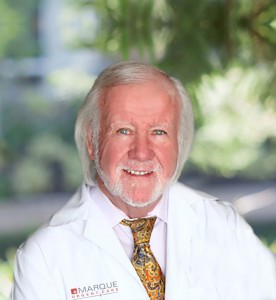 Many years ago a constantly convulsing seven-year-old child was brought into my emergency room.  She required immediate life-saving measures. After stabilization, and for reasons unknown, I asked our laboratory to send out a test for lead on a sample of her spinal fluid. Several days later I received a call from the laboratory at Massachusetts General Hospital reporting an incredibly high level of lead which, as far as I was concerned, easily explained the seizure cause. Although the available treatment to remove lead was FDA approved, this child was given a pediatric diagnosis of epilepsy and was instead placed on medication.

The recent extensive media covered lead tragedy in Flint, Michigan serves as a reminder of a similar, but poorly reported mass lead poisoning outbreak in children in Washington DC.  In both cases, an alert physician identified the source. Unfortunately, a large percentage of physicians do not understand either heavy metal testing or treatment.

As a consequence, these heavy metal poisoning incidents may only be the tip of a toxic iceberg formed by an array of heavy metals such as mercury, arsenic, cadmium, aluminum, antimony, uranium and nickel to name a few. These elements have all been found in the brains of criminals as well as highly concentrated in maternal placental blood samples.

Interestingly there have not been any reports in the media of victims receiving the same chelation therapy (medical procedure to remove heavy metals from the body) that the shipyard workers were given after being diagnosed with lead poisoning in the 1950s. No one appears to be aware the removal of lead from men, children and pregnant women using chelation therapy is FDA approved and recommended.

Everyone should know more about the heavy metal consequences and treatments which may be medically withheld for reasons not easily explainable. Parents should learn more about this toxic epidemic before seeking medical help, simply because many doctors do not appreciate the magnitude of the problem, the diagnostic steps, or the treatments available.

It’s most often caused by exposure over a period of months or years to little amounts of lead found at home, workplace, or day care.  Lead poisoning can occur rapidly with exposure to a large amount of lead.  Paint, air, water, soil, food, and manufactured goods can all be contaminated with lead.

Signs and Symptoms of Lead Poisoning:

Who is Most at Risk for Lead Poisoning?