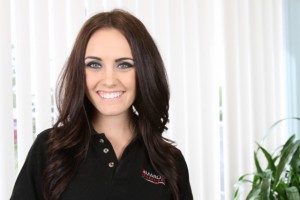 Food cravings can WRECK your diet.  Craving a big, fluffy hunk of warm bread does not mean your body is deprived of grains. Food cravings have little to do with nutrients and plenty to do with the brain chemistry of pleasure and reward. Cravings may center on texture (i.e. creamy, crunchy) or taste (i.e. sweet, salty) but they all have something in common- overindulging which can sabotage your diet.

People who get cravings tend to have a little bit higher BMI- no surprise since fattening foods are often the object of desire.  The combination of cream, sweet, and cold makes ice cream an irresistible treat. Unfortunately, a single serving can be packed with more than 230 calories.

Better Bet: Half a cup of slow-churned ice cream has less fat and half the calories.

Between the salt and crunchy, you can’t decide which tastes better. Depending on the flavor a 1oz snack pack has at least 150 calories. Munch your way through an 8 ounce bag and you’re looking at around 1200 calories… Yikes!

Better Bet: Dip celery or carrot sticks into hummus. You’ll still get that salty and crunchy fix with fewer calories.

Almost more than half of American women crave chocolate on a regular basis. There have been quite a few reasons such as magnesium deficiency or even mood swings.  However, adding a candy bar to your diet is like adding a couple hundred extra calories to your day.

Better Bet: have a small square of high- cocoa dark chocolate. It’s less fat than a typical candy bar.  It is good for your heart and will give you that perfect chocolate fix.

Sometimes a setting can trigger a craving. Memory plays a big role in cravings; you’ve enjoyed popcorn at the movies so you’ll enjoy it at home watching a movie. Popcorn itself can be a healthy snack but leave out the butter.  Butter contains fat and calories.

Donuts are forbidden if you’re on a diet. The sweet savory donut can trigger a craving. Eating them one week and not the next can intensify the craving.

Do you feel like a real meal must contain a big hunk of red meat in it?  Think again.  You don’t have to pass on red meat altogether; you just need to change what cuts you decide to eat.  The typical flank steak has around 700 calories.  Different cuts contain different amounts of calories.

Pasta is ranked as one of the top 5 favorite foods around the world. The trouble with pasta is that it’s made with refined flour.  White pasta has only a fifth of the fiber that whole grain pasta has, which means it will take more to fill you up.  Sauces aren’t very good for your diet either. A bowl of fettuccini has around 1200 calories.

It’s hard to resist dipping your hand into the nut bowl at a party or bar, but all those handfuls add up.  A cup full of roasted nuts packs more than 800 calories.

Better Bet: Stick to nuts in their shell, it will slow you down.

If your cravings mainly happen when you’re hungry, try eating a healthy snack between meals. Carefully planning your snacks can help you keep hunger and cravings at bay. Portion control is the main key.  Each snack should be less than 200 calories.  Good snack choices include yogurt with fresh fruit, a hard-boiled egg, a fruit smoothie, or peppers and bean dip.

Putting favorite foods off-limits can make you crave them even more, but the opposite may be true down the road. That’s the conclusion of a study in the journal Obesity. After sticking to a low-carb diet for two years, a group of overweight adults craved carbs and starchy foods less.  A second group following a low-fat diet reported fewer cravings for fatty foods.

A taste in time saves nine! Resisting sweets when you’re at a party can be tough. Rather than depriving yourself until you cave, try indulging in a small serving of the desired food. You may find that just a taste will satisfy your craving to prevent future overindulgence.