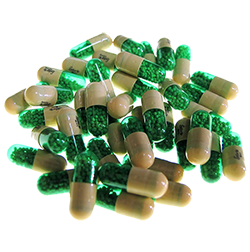 A simple search on Google for the term “antibiotic”, yields the following definition: a medicine (such as penicillin or its derivatives) that inhibits the growth of, or destroys microorganisms. Plainly, antibiotics kill bacteria; the use of antibiotics to treat bacterial infections is prevalent in medicine because it is highly effective. However, despite the inherent nature of antibiotics to be very effective, considerations should be made so that medical professionals do not add to the problem of overuse that is quickly ballooning into what may be the standard, when in fact, it should be the opposite.

The overuse of antibiotics is also detrimental in the treatment of sexually transmitted diseases (STD) such as gonorrhea, which is the “second most commonly reported notifiable disease in the United States”. There were 350,062 cases of gonorrhea reported in 2014 leading to an increase in the national gonorrhea rate of 110.7 cases per 100,000 population. According to the CDC, the reported rate of gonorrhea has significantly climbed since 2009 with an average rate of 98.1 per 100,000 population. The number of cases reported rose 10.5% since 2010. It is becoming harder and harder to treat this STD due to increasing drug resistance. There is causal relation between antibiotic-resistant gonorrhea and health related problems such as pelvic inflammatory disease, ectopic pregnancy, tubal infertility, eye infections, and many other diseases.

Not only does the inappropriate use of antibiotics weigh heavily against fighting many infections, but it is also taxing on the US health care system and it burdens the many patients and families who access that care. Yearly, there are nearly two million Americans who suffer hospital acquired infections (HAI) from antibacterial pathogens in the hospital setting because of the high occupancy of vulnerable patients, the prevalence of invasive procedures, and the high rates of antibiotic use. Of those 2 million who acquire a HAI, a staggering 99,000 Americans died. The US health care system in 2006 was burdened with a cost of $8 billion when two common HAIs, sepsis and pneumonia, were found to be the cause of death for 50,000 Americans. Antibiotic-resistant strains of bacteria may force providers to use other antibiotics that prove to be highly effective, but are toxic to patients and are very expensive. Data has also shown that patients who are undergoing treatment for high antibiotic-resistant strains of infections, incur longer stays at the hospital. The average patient in this group incurs a prolonged stay of 6.4 to 12.7 days equating to 8 million days.

What can be done to combat the misuse or inappropriate use of antibiotics? The FDA and CDC recommend the public be made aware on the proper use of antibiotics. Antibiotics should not be used to treat illnesses that are viral in nature. Also, the FDA advocates research on development for new types of antibiotics to help in the fight against antibiotic-resistant strains of infections.